Jerusalem Limestone | From The Ancient City

It is a city that is the epitome of ancient. Perhaps older than any city one can visit today. You would have to travel to the cradle of civilization, the fertile crescent to find an older city. Even then, the original sites are not where the present day cities are situated. This is not so with Jerusalem. 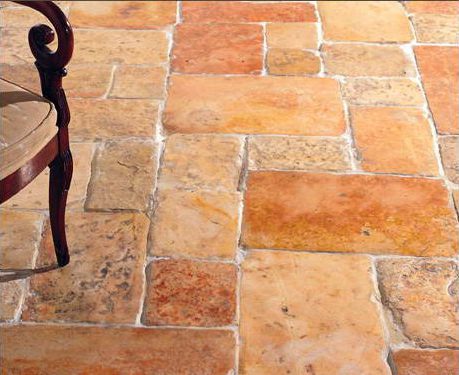 Between the Mediterranean Sea and the Dead Sea, Jerusalem has been a prominent location since the 4th millennium BCE. Jerusalem has been twice destroyed and repeatedly besieged, attacked, captured and recaptured. One constant has weaved itself into the fabric and history of Jerusalem throughout the millennia since 4000 BC.

It is from this ancient locale that the most authentic and ancient, reclaimed building material is recovered for modern home floors. This highly unique flooring is antique, reclaimed Jerusalem Limestone. Since antiquity, Jerusalem limestone has been quarried for all every conceivable building need. It’s everywhere in Israel and Jerusalem. The colors range from the familiar grays and whites to ochers and red rose. The stone is strong and long lasting. Those with a love for ancient materials have a passion for reclaimed Jerusalem limestone. While France was in its infancy, Jerusalem was already a city of antiquity and early limestone slabs had already been buried by time. Limestone is reclaimed from ancient sidewalks and structures for our customers who want authentic materials from the oldest source available.

There’s nothing quite as unique and authentic for your home decore as Reclaimed Jerusalem Limestone from ancient buildings, structures and sidewalks accumulated over the many centuries of history in Israel. See how the work of the Romans can be integrated into the designs and elements of your modern home.