These larger sized square reclaimed French Terracotta tiles come in a wide variety of coloration.   The most common being the highly variegated one with shades ranging from sand, yellow to pink and red.  Less common are the dark red ones similar to our 6″ squares.  All these tiles have a handmade background are up to […] 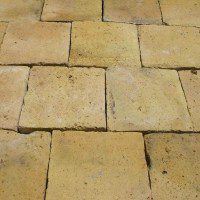 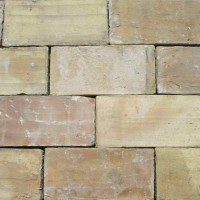 These small format rectangular reclaimed French Terracotta tiles from the Champagne region of France with their hand finished surface, rough texture and wide color variation are perfect for small and medium sized rooms, for borders and intricate patterns as well as wall decorations and baseboards.  Dimensions for these reclaimed tiles are 5″ x 9″ and […] 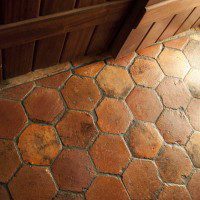 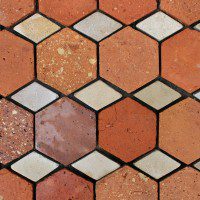 These are hand selected 5″ reclaimed French Terracotta hexagonal tiles in beautiful red and red/brown color nuances. With their worn out surface and antique patina, exposing rocks and organic fragments such as straw, sticks and clay lumps they instantly provide your home with rustic and French country charm. Rather than installing these hexagonal French Terracotta […] 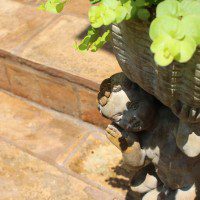 Antique French Terracotta Parefeuille Tiles are a perfect material for exterior steps – treads and risers – These beautiful steps were installed 4 years ago, using poured in place concrete and reclaimed Terracotta tiles.  Although not commonly used for exterior applications, antique Parefeuille tiles will perform fine even in moderate climates that will see some […] 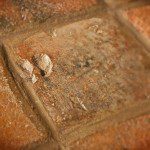 The country manor homes and villas of 18th century France were often opulent affairs, despite their rural settings. The multistory buildings were situated on large tracts of picturesque French countryside, often framed by ivy-covered stone walls and grand entrances. Guests were greeted and received in luxurious […] 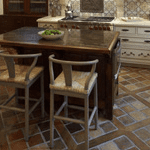 French Terracotta 6” square – One of the most sought after tile styles in the reclaimed flooring industry. Beautiful earthen red tones with interspersed hues of brown and blond result in a stunning floor covering, which provides immediate Mediterranean charm. Whether they are installed as tiles alone or in combination with reclaimed oak […]

The primitive reclaimed clay tile from France with its rustic French country and Mediterranean charm has already won over a large group of designers and homeowners who have used them in a variety of projects. Usually, the “tomettes” (French for tiles) are used for kitchens, mud rooms, hallways and wine cellars. Vintage Elements’ experience […]